January 02, 2009
I think it goes without saying that this is a personal website, and any views expressed or implied do not reflect those of my employer, or even necessarily of me for that matter. But just in case it doesn't go without saying, there I said it.

OK look, I travel a lot. I know this. So do you. You misplace my luggage, on average, 4 or 5 times a year. I accept this because you always find it and deliver it to me in a couple days time, and I know you're very busy and your entire business is a freaking godawful logistical nightmare. Frankly I wouldn't want to be in your shoes.

Still, I sometimes wonder how it happens.

I will charitably assume that, in this case, my bags come off the aircraft, get scanned, and are placed in the "Huh?" pile before I get my flight re-booked. Surely if I were faster and got re-booked before my bags were scanned, the scanner would say something more useful than "Huh?". I am willing to give you the benefit of the doubt here. But either way:

Reasonable Demand #1: Please automatically re-book me on the next available flight, so that my bags will get there by default, and I will then only lose them if I choose to dislike the automatically chosen flight and change it again, making it my fault.

I've had bags delayed due to weight restrictions too. This is also pretty understandable. You (well, Jazz) fly some pretty small planes, and they're pretty full of people and their gifts at Christmas, and probably not everybody's baggage fits. After Christmas last year, the lovely dilu and I each had one of two bags arrive and the other (yes, each) misplaced. When I asked how this made any sense, weight restrictions were the cited reason. Fine. Now, my Elite / Star-Gold aeroplan status is supposed to get me some priority baggage tags. These are not always attached, as I noticed two days later when the bags were delivered.

Reasonable Demand #2: I am one of your better customers. Please always put the priority bag tags on. There is no excuse.

This time on the way home from Christmas, the priority tags were attached, on all three bags. We had a touch-down and continuation, rather than a connection, so we didn't even get off the plane. On arrival in Montréal, 2 of the 3 bags came rolling out, and 1 was missing.

And here's where I stop understanding. Was the bag removed in Ottawa and accidentally not re-loaded? If so, somebody needs to be more careful. Or was the bag not loaded at all in Thunder Bay because of weight restrictions? If so, what good is the priority tag? Or is it that priority bags are loaded last, so they can be unloaded first, and then my bag was last to be loaded and didn't fit? In which case having a priority tag is the worst possible case!

Reasonable Demand #3: Don't unload my bags in the wrong city, if you do, which I hope is not the case. There is no excuse.

Reasonable Demand #4: If you're going to go to the trouble of affixing priority bag tags (which you are; see demand #2), then for crying in the sink, please don't ignore them. There is no excuse.

Reasonable Demand #5: You know how much all the bags weigh. You weigh them at check-in. Even if priority bags are loaded last, so that they can be unloaded first, they should never be the ones that are culled for weight restrictions. You already know if they won't fit. Come on.

But then, at the airport, when I arrive, and I ask Baggage Guy where my bag is, and he checks his computer, all he can say is "Nope, not here." Why is this? It's not his fault. If it was never loaded because of a weight restriction, there's no reason for that not to be in the computer. Or if it was accidentally unloaded in the wrong city, it should be scanned and in your system in that city, and the computer should know.

Reasonable Demand #6: You have computers. Use them. If my bag wasn't loaded, for a reason, there should be a record of this. The computer should know what city it's (still) in.

I hope we can work this out, Air Canada. I am not angry about the cases where it's perfectly understandable that my bags don't arrive. I'm definitely angry about the inconveniences that could be avoided by making a few process changes. And I'm more angry still if priority tags are ignored, as they sometimes seem to be, and in fact as Baggage Guy at YUL admitted they often are.

So now that dilu and I both have shiny fancy new cameras, it seems like it's about time we learned how to take photos.

Or, rather, to force ourselves to get better, and not be lazy. There's always room for improvement!

She had the idea to try a year-long project, with a different theme every week pulled out of a hat. The idea is to produce, somehow, even if it's difficult or inspiration is slow to strike, 5 photos along the lines of the chosen theme for the week, and post them by the end of the weekend. I thought this was brilliant, so I'm joining in and we're both doing it.

This isn't a competition to see who takes better photos, or even whose photos improve more through the year. It's just a neat way to encourage ourselves and each other to see things we wouldn't ordinarily see, to practice, and to hone our skills. Let's see what happens.

We have a ceremonial tin can full of themes, the first of which will be drawn soon, and the results will start to appear on our flickr streams (hers, mine) by next weekend, if all goes well.

All right, I'm hoping somebody out there is smarter than I am and can set me straight, because what I have seen worries me greatly.

It just so happens that I work in identity management and public key cryptography. I know a thing or two about smartcards.

This seems to be what Mastercard has done. When I received my smartcard-enabled Mastercard, it came with a default PIN, and I had to take it to an ATM machine to have the PIN changed. This makes sense. (Admittedly, it is possible that the bank keeps a copy of my PIN when I create it at the ATM, but I hope they don't. It weakens security and there's no benefit to them.)

Worryingly, this seems not to be what Visa has done. When dilu received her smartcard-enabled Visa in the mail, she did not have to go to an ATM to set the PIN, she had to phone the bank and use their automated system to set the PIN.

Yes. You have to phone the bank to set a new PIN on a card that is in your hand. How the heck is that supposed to work? How is your private key protected? How are your transactions protected? How is your personal liability against fraud affected by this new "security"?

Phoning in your PIN means that your PIN does not protect the private key on your Visa card. This is all kinds of vulnerable to all kinds of fraud. This does not solve existing problems, and it does add new ones.

Well, it's been interesting. It's fun to encouarge myself to take a photo every day, though I found this theme to be a pretty difficult one for the very first week.

Frankly it's also sort of challenging because my daily commute doesn't necessarily take me to interesting places. I'm either at home, at the office, or in the car. But I managed.

This week was pretty busy with non-photographic stuff, but "round" was a pretty easy theme, so it turned out fine. Still having fun.

And I got to see a bit of the Titanic! 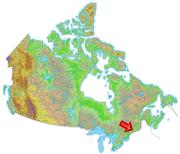